Simprolit monolith represents Simprolit polystyrene concrete poured into the formwork directly at the construction site, produced according to the Technical conditions issued by the license holder.

Thanks to its excellent thermo-technical and physical-mechanical properties, Simprolit polystyrene concrete is applied wherever thermo-insulation, structural light-weightiness, moisture resistance, frost resistance, fireproofing, surface strength and durability are the decisive factors for material's choice. When compared to other similar lightweight concretes or structures isolated with standard thermo-insulating materials (mineral wool, styrofoam, styrodur, etc.) Simprolit clearly stands out with its optimal characteristics, such as:

In the field of building construction, Simprolit monolith is mostly applied for:

In comparison with standard materials applied for thermo-insulation of flat roofs, Simprolit monolith clearly stands out, having:

Durability of a flat roof depends to a great extent on the physical-mechanical properties of the applied thermo-insulation layer.

As basic thermo-insulation materials the effective isolators (such as mineral wool panels with improved strength) are usually applied. However, these materials have a lot of disadvantages:

Namely, the application of Simprolit monolith as a thermo-insulation for flat roofs covered with corrugated metal sheet has a lot of advantages, such as:

Having excellent properties, such as:

Simprolit polystyrene concrete is ideal for facade ornaments, attics, capitals, balusters etc. For example, the slope-shaped facade ornaments designed for a Moscow building, with dimensions 40/60,45,30,15/10cm and with calculated weight of 625 kg/m (plus the additional necessary plastering), were successfully replaced by Simprolit monolith made ornaments that had the same shape, but better quality and weight of just 45 kg/m (together with finishing).

By application of Simprolit monolith, the Architect gets a quality material that doesn't restrict his free architectural expression. It also helps in solving a lot of problems concerning the fulfilling of requirements issued by the authorized Institutions for protection of architectural inheritance and ambiental environment. On the other hand, the problems related to the steam permeability, relatively large weight of facade ornaments, their frost and humidity resistance, or consequently the problem of facade durability in contemporary architectural buildings are easy to solve.

In order to make a base layer for final flooring (parquetry, linoleum, ceramic tiles, etc.) and to level the floor, a 30-50 mm thick cement screed is usually placed on the top of the slab.

As a rule, this cement screed is placed over certain thermo-insulating and soundproofing layers, in accordance to the specifications of the valid building regulations.

In order to prevent crack appearance, specific chemical admixtures or physical components (such as metal, glass or plastic fibers) are added to the screed. On the other hand, this makes the building procedure more difficult and significantly increases the total costs.

There is also a well-known problem of building in very short time limits. Namely, even well organized civil engineering firms that can finish three or four storeys of a concrete structure in a month, are forced to wait for another 28 days until the cement screed becomes dry and ready for flooring.

Another property of Simprolit is also very significant:

In this way, using Simprolit monolith as a leveling screed and a base layer for final flooring, the load carried by the structural members (beams, columns, bearing walls and foundations) is significantly reduced - which directly results in lesser dimensions, reduction of the necessary reinforcement and smaller weight of the bearing elements. This has also a direct influence on the total price of the structure (for example, if a cement screed of an 11-storey building gets replaced by a Simprolit monolith screed, a complete load carried by the foundation plate is reduced by more then 1000 kg/m2 -which practically means that an additional storey could be built without change of the load).

Besides, the thermo-insulation placed on the top of the foundation plate (inside the building), has to be protected from the steam and mechanical damages.

Therefore, it is necessary first to cover the facade walls with thermo-insulation, and after that to place the hydro isolation layer and its protection against mechanical damage. On the other hand, this procedure implies prolongation of the building deadlines, increased complexity of the working processes, and consequently bigger total expenses (leaving the problem of the horizontal and vertical hydro isolation joints - between the foundation plate and foundation walls, unsolved).

By application of Simprolit monolith, these problems can be solved in a following way:

Nowadays, there is a frequently used method in which polystyrene monolith concrete is casted between two asbestos-cement (?salonit?) boards, in order to avoid plastering before final painting of the walls.

However, such a method has not only numerous disadvantages, but also totally compromises the idea of using polystyrene concrete as a quality and durable thermo-insulating building material:

Therefore, it is recommended to build this type of walls using the formwork with at least one removable side.

A procedure where structural members (walls, plates, domes, etc.) are made by casting of Simprolit monolith using a two-sided formwork with one removable side (the other side of the formwork may be for instance a Simprolit one-layer or three-layer panel) around the bearing metal structure has several advantages. Not only that it keeps the building warm and reduces the total load carried by the metal structural members, but also serves as a protection against corrosion and fire.

Besides, the application of Simprolit monolith offers the possibility of simple construction and mounting of structural members.

For example, building of large span domes using Simprolit monolith and the metal sub-structure solves not only the problem of thermo-insulation, but also reduces the total weight of the dome by more then 7 times (compared to the classic solutions). Also, it is possible to cast the dome on the ground and afterwards to lift it to the designed position, where it could be relatively easy mounted. 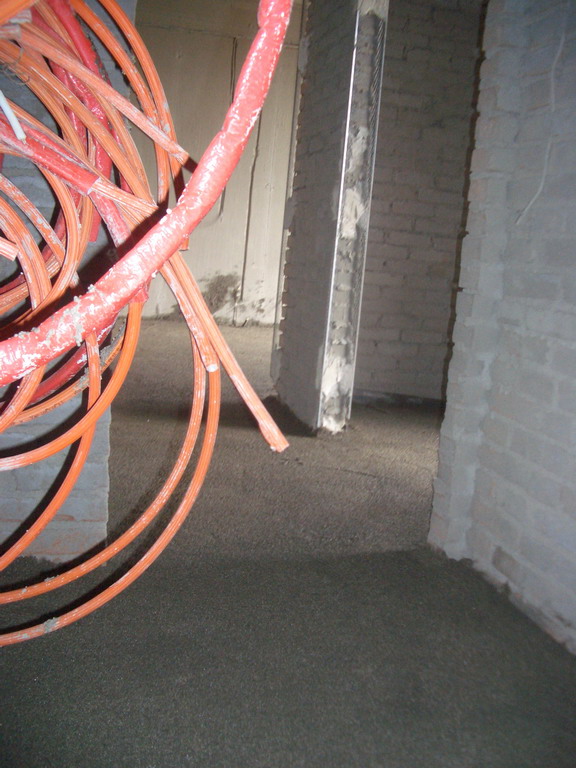 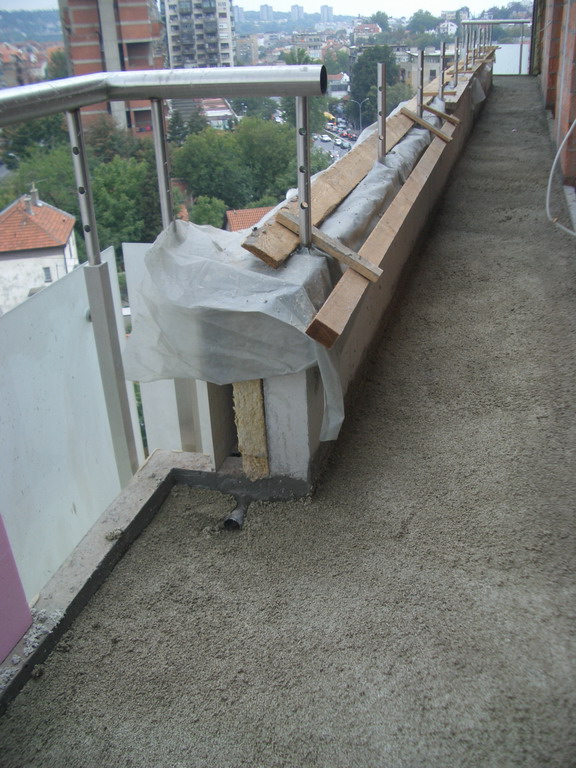 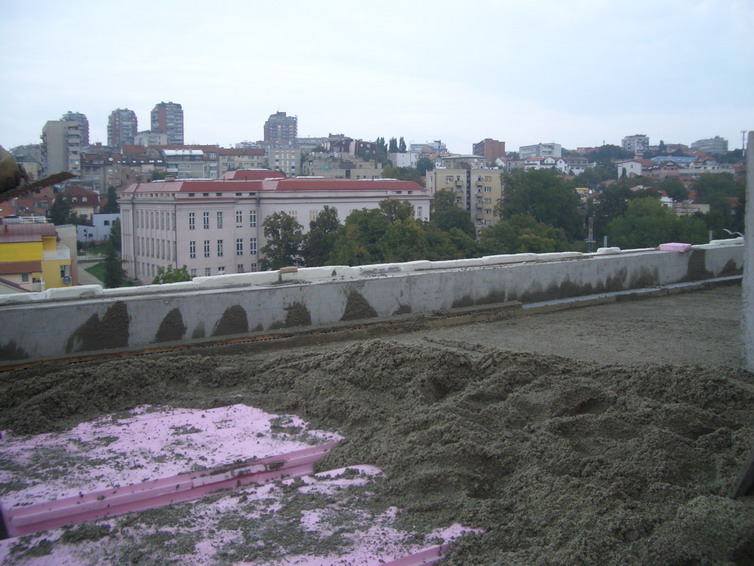 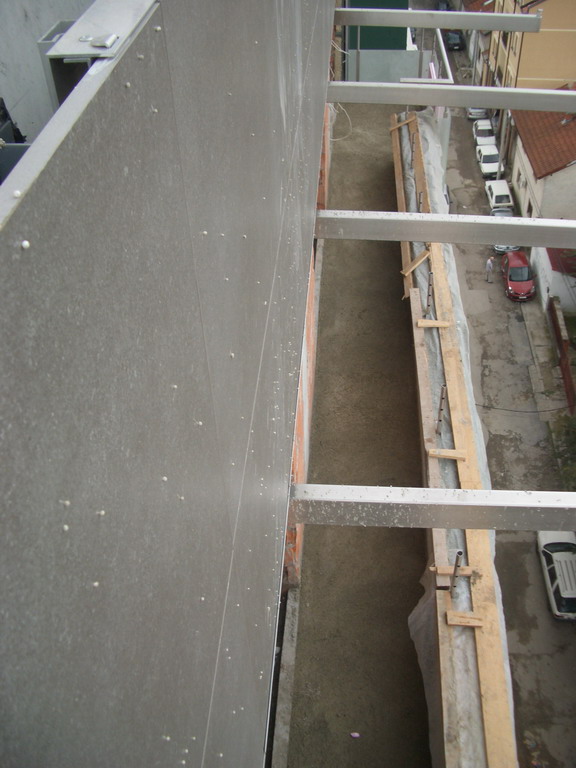 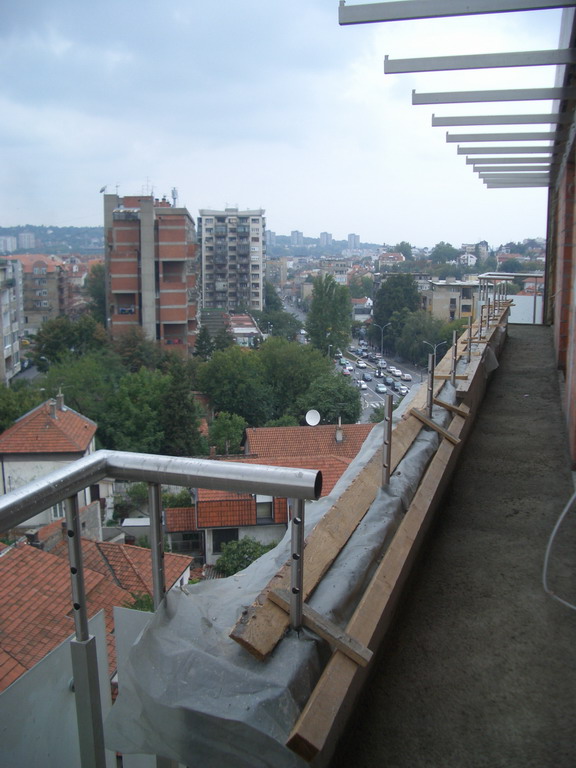 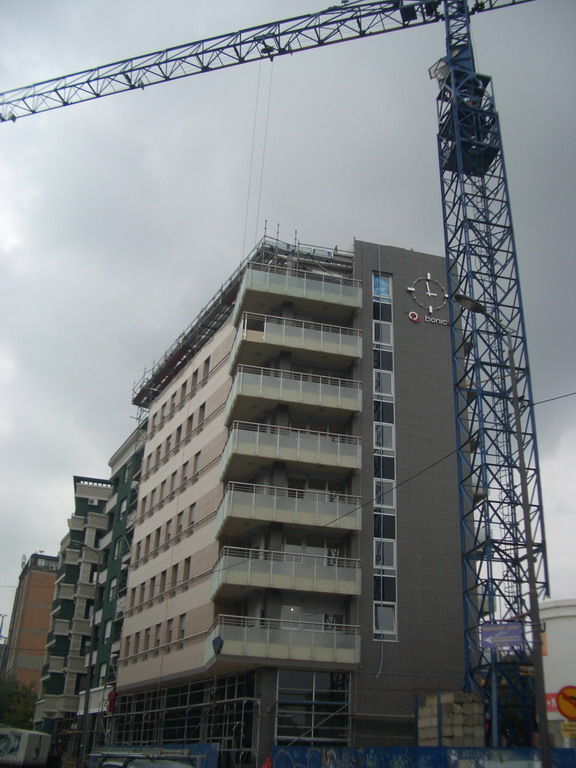